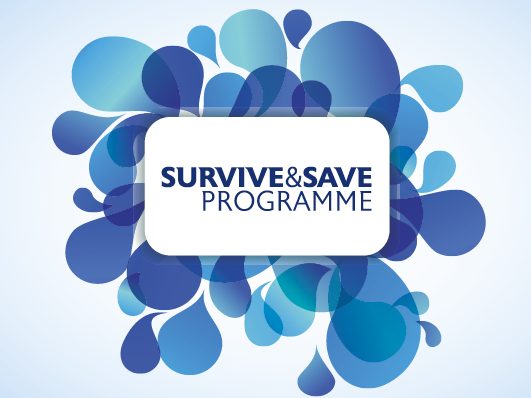 As part of his volunteer role on the Royal Life Saving Society UK National Development Committee, Dan was part of the team that worked to develop the Survive & Save programme which replaced the Bronze Medallion, Bronze Cross, Award of Merit, Silver Cross, and Distinction.

The intention of the programme was to reduce the drop-off in numbers between the old awards, this was achieved with a structure designed to encourage and promote young people accessing all areas of the lifesaving syllabus.  Parallel awards in Sport, Open Water, Coast and the traditional “Medallion” stream encouraged people to try out their skills in new areas.  The pinnacle award, still called the “Distinction” can only be gained when the person has achieved Gold in all four areas.

The development process of Survive & Save

Dan’s took upon the role of championing an evidence based approach, ensuring that Survive & Save talked about the latest information about human physiology, and the how the body cools in water.  Questioning the safety, relevance and appropriateness of the rescue techniques that were being taught to children; that would not necessarily be taught to professional emergency service staff was another key task.

As a committee led process, the task was long, but ultimately the finished resource is of very high quality, and the uptake has been good.  If you’re interested in getting Dan to develop resources for you – get in touch.